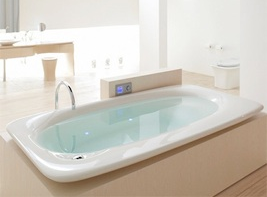 Many of us are deficient in magnesium, and by simply soaking in a relaxing bath with magnesium-rich Epsom salt we can boost our levels of this important element. “Magnesium,” you might wonder, “what’s the big deal?” Find out the importance of magnesium and discover the many surprising health benefits of using Epsom salt in your bath.

We all know about the importance of iron and calcium, but what about magnesium? It is the second-most abundant element in human cells and the fourth-most important positively charged ion in the body. Surprisingly, it helps the body regulate over 325 enzymes and plays an important role in organizing many bodily functions, like muscle control, electrical impulses, energy production and the elimination of harmful toxins.

According to the National Academy of Sciences, most Americans are magnesium deficient, which the academy says helps to account for high rates of heart disease, stroke, osteoporosis, arthritis and joint pain, digestive maladies, stress-related illnesses, chronic fatigue and a number of other ailments. Who knew?!

Americans’ magnesium levels have dropped by half in the last century due to changes in agriculture and diet. Industrial farming has depleted magnesium from soil and the typical American diet contains much less magnesium than that of our forefathers. And in fact, the modern American diet with its fat, sugar, salt and protein actually works to speed up the depletion of magnesium from our bodies.

Interestingly, our focus on getting enough calcium is another factor in decreased magnesium levels. In a delicate dance of balance, calcium depletes magnesium yet calcium functions best when enough magnesium is present. Studies indicate that taking a calcium supplement without enough magnesium can increase the shortage of both nutrients. Researchers have found that many Americans have five times as much calcium as magnesium in their bodies, although the proper ratio for optimum absorption of both minerals is two to one.

Simply leave your information and one of our friendly staff members will contact you as soon as possible to discuss your needs.

Researchers and physicians suggest these health benefits from proper magnesium and sulfate levels, as listed on the web site of the Epsom Salt Industry Council:

Improved ability for the body to use insulin, reducing the incidence or severity of diabetes.

Flushed toxins and heavy metals from the cells, easing muscle pain and helping the body to eliminate harmful substances.

Improved nerve function by electrolyte regulation. Also, calcium is the main conductor for electrical current in the body, and magnesium is necessary to maintain proper calcium levels in the blood.

Relieved stress. Excess adrenaline and stress are believed to drain magnesium, a natural stress reliever, from the body. Magnesium is necessary for the body to bind adequate amounts of serotonin, a mood-elevating chemical within the brain that creates a feeling of well being and relaxation.

Prevention or easing of migraine headaches.

All this from a bath, hurray! While there are many different brands of Epsom salt, they are all the same product chemically, and can be found at most drug stores. Add two cups of Epsom salt and soak for at least 12 minutes. Do this three times weekly.

If you are pregnant or have any health concerns, check with your doctor before using Epsom salts.

The Brain Gym Centre of WA

EFFECTIVE RESULTS IN AS LITTLE AS ONE TREATMENT